Gatema reports: rigid-flex, chemical copper and MDI are now standard for us

Probably no manufacturer in the world today is experiencing unqualified fairy-tale times. There really is a lot to deal with - global raw material shortages, the logistics crisis, covid and post-covid measures, innovation, automation, or the constant lack of quality human resources. Yet, looking back over the last twelve months, Ondřej Horký, Sales Manager at Gatema PCB, has reasons to smile rather than frown. The company has strengthened its position, succeeded in meeting its ambitious economic plan and managed to put into practice a number of technologies in a year that are once again taking it further.

"Paradoxically, the covid year also helped us a little in that we were able to focus properly on our internal processes for the first time in a long time. We didn't travel as much as in previous years, and we spent more time on implementing the innovations and fine-tuning how they work," says Ondřej Horký. What are the innovations?

First and foremost, flexible and rigid-flex boards, which are now in production on a daily basis. "When we started with them last winter, practically every board had to go through the production process with a technologist, the head of R&D and other production people to get the whole mechanism up and running as quickly as possible. Today, we're putting a board with flexible joints into production every day and it's going through production even without checking beyond the standard. And we only keep an eye on new and non-standard things and of course quality. The flexi board family is extremely wide and brings countless variations and possibilities. So we are gradually adding more technologies and adding to the complexity of the boards. For example, we are now testing boards with measured impedances that go over a flexi board. For now, we are testing, testing and measuring so that we can launch the boards into the standard production process," explains Ondřej Horký.

Another of the innovations that have been put into operation this year is chemical copper plating. This is necessary especially for really complex boards and special materials. "We have another procedure for proper plating. In this case, the problem is rather limited logistics and the worldwide shortage of raw materials from copper to specialty chemicals. On the other hand, our production is working with such volumes that this does not limit us too much in practice yet. But again, we use it so often that this technology has become a production standard," adds Ondřej Horký.

The whole area of via filling has undergone great development. Whereas a year ago in Gatema they made do with one person who knew the technology and operated it in practice, today they need to cover all 3 shifts. "With complex technologies gradually becoming standard, we are forced to have four specialists who know how to work with the machines and the new materials. There are a lot of orders and we can't afford to put them on just one working shift. They have to go round the clock. Technologically, we could probably produce more today, but human resources are not infinite in our region. That's why we're touching the maximum amount we can currently process," says Gatema PCB's sales manager. "We also needed to strengthen our mechanical workshop because customers are demanding more and more complex boards, whether it's drilling or milling. We recently installed two new Schmoll drills capable of milling as well. As production shifts towards more complex multi-layered boards with intricate motifs and high drilling densities, they then spend much longer in the machine and it was imperative to increase these capacities," he adds. 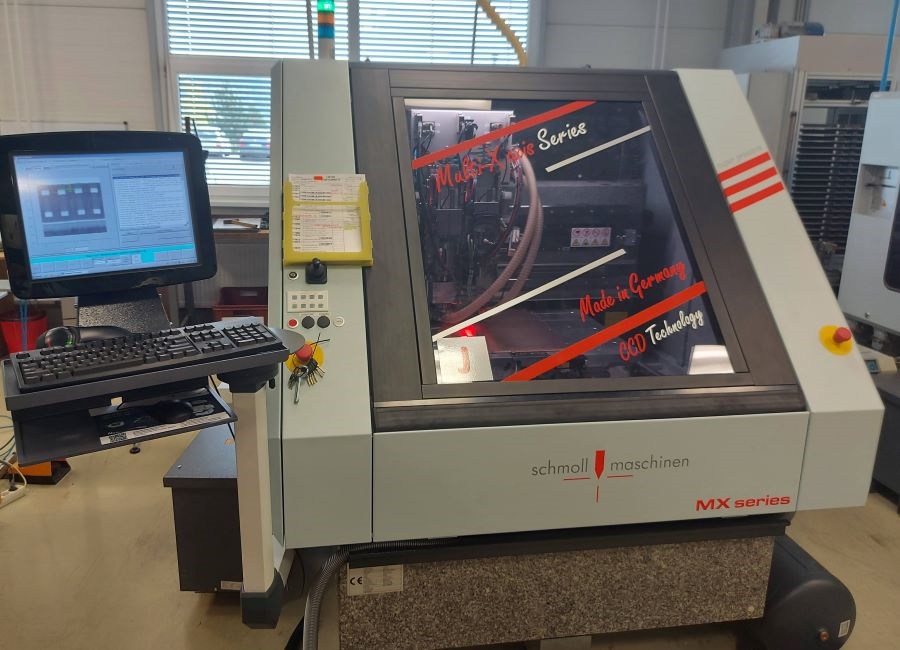 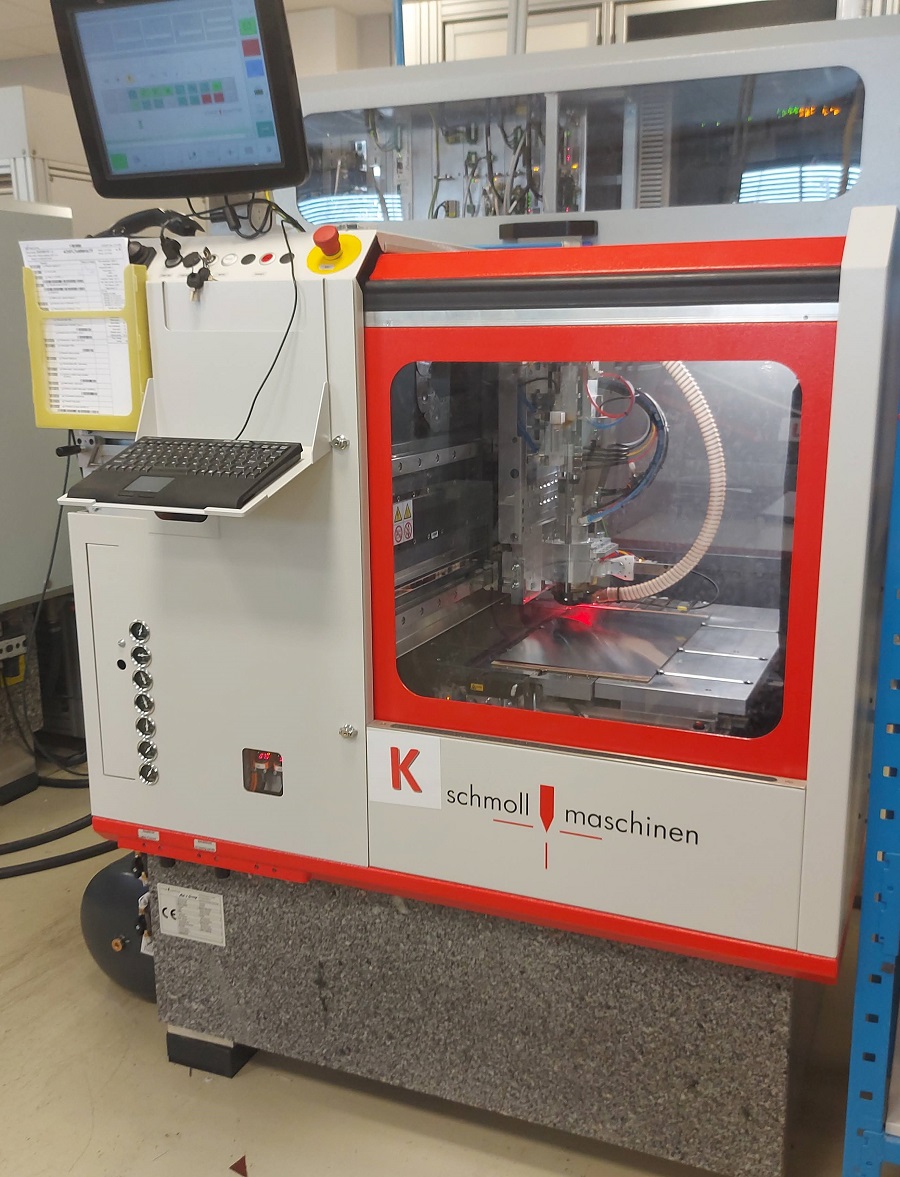 One of the biggest investments this year, which is also already in full operation, is the new MDI (Micromirror Digital Imaging). The move to the new generation of MDI has enabled Gatema to shift production so that it can produce a minimum track width/space of 0.075 mm. "In addition, by having a machine with two counters, we can image faster. This is the most important thing for us because we are a very speed-oriented manufacturer. We are already one of Europe's fastest PCB manufacturers - and this innovation has once again enabled us to save time throughout production," says Ondřej Horký. 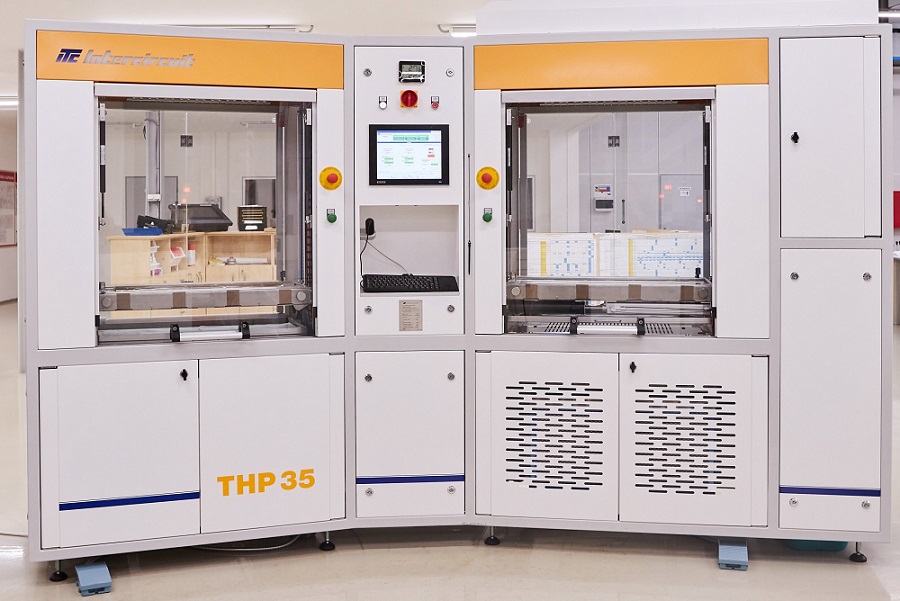 This year also proved that Gatema PCB can also cope with very high board thicknesses. "We received an order during which we had to make boards up to 4.6 mm thick. Until then, we offered a maximum thickness of 3.2 mm. Yes, it was a bit of an overkill because we had to manually adjust many things in production and the process was also supervised by a technologist. But it was for a big customer, and we wanted to satisfy them. It's not entirely about technology, but we are able to do a lot more non-standard things, orders that we had to turn down before. We are pushing technology to the limit, trying to find a way to produce even the most technologically complex boards," says Ondřej Horký.

Another new feature is the upgrade of the leaded hal line, which is of course not a technological revolution in the field of materials, but the new "Penta" has enabled customers to use common panel dimensions for both leaded and lead-free halyards - all they need to do is keep the thickness between 0.8 and 2.5 mm.

What else? We plan to spend a record amount on investments this year and early next year - more than EUR 1.5 million. "In any case, this year has fully demonstrated the sensibility of the recent acquisition of Germany's Kubatronik, which has long focused on multilayer, flexible and otherwise highly sophisticated boards. As a result, today we do not have to go by trial and error but introduce innovations under the supervision of experienced colleagues. This know-how is extremely useful to us," concludes Ondřej Horký.