The year 2020 will become part of history alongside the legendary years of 1968, 1989 or 2001, the years that have changed the rules in the world. A dramatic change is also happening at this time - the culture of work is shifting, people's habits are changing as well as global logistics, economic parameters, social conventions, technological possibilities. The development in many areas has managed to accelerate even more. After all, consider this, would you be able to imagine a similar pandemic 10 or 20 years ago? Without the possibility of home office, video conferences, high speed Internet, advanced automation or artificial intelligence, the course of such pandemic would be dramatically different. This was also one of the topics we discussed with Mr. Frantisek Vlk, Mr. Zdenek Capal and Mr. Ondrej Horky. The three gentlemen that are steering the wheel of Gatema PCB a.s., a top European producer of printed circuit boards that only in this year has managed to transform into a holding structure, to finish the acquisition of a well-known German company Kubatronik, to open up an Austrian branch office Katema Tec and to strengthen substantially its activities in Poland. This is not a bad result for a year which has been mostly negative for majority of people.

In what was this year different?

Zdenek Capal (Director of Gatema PCB a.s.) comments: “It was just different, above all. We have slow down with some of our investments. Partly due to the fact that we did not know or could not forecast how the year was going to evolve or end up. But most of all because of the fact that in a lot of the cases it was just not possible to go and check out the new technologies in person, see it in operation. There were no trade fairs being held which are the places where we usually meet. On the other hand we have managed to focus a bit more on our own internal processes and follow up on things and matters that would otherwise be difficult to finish up.”

Ondrej Horky (Sales Director) follows up: “So the year started with a different dynamics. Right at the beginning of the year, China appeared to have problems hence we received an unusual number of orders right during the first quarter. As March kicked in, obviously we were also afraid of future developments and what was going to happen, how we were going to operate, but we have managed to survive way above all expectations. I am now going to claim that not only we have managed to deal with all the unexpected, but we have also succeeded in moving the company further a few levels up. We launched a production of flexi boards, we have moved into the IPC class 3 standards, and have pushed all our prior filling technologies or guided impedance into the standard production process. This has had a major impact on the portfolio of boards that we have been producing this year. We are currently producing a much larger scale of multi-layer and multiple-layer boards. It is quite common for us nowadays to be solving and working on boards between 10 and 16 layers with various combinations of technologies.”

František Vlk (Chair of Supervisory Board of Gatema Holding) adds on: “It was a strange year. We've been doing tremendously well in terms of numbers of acquired orders, financially the year looks very interesting as well. There was a certain need to take a fresh and deep breath in the investments sphere as there have recently been quite a few changes. As the saying goes, we are not aiming to build a giant on “clumsy legs”. We have enough work, we have made many steps forward that's why I firmly believe it is vital and important to manage all that successfully and make sure it all goes well. We cannot and must not forget about the internal stability of the company and its processes.”

Were the customers interested in other types of products than before?

Zdeněk Cápal: “We felt that the companies were considering whether to keep standard products. As opposed to that they invested into development. The fact that the process of digitalization has been ongoing more than ever before, we have, on the contrary, being perceiving a huge pressure on more sophisticated products. With gradual lamination, blind vents, flex and rigid-flex materials.”

Ondřej Horký: “We registered losses of larger series. What does situation was, to us as producers of prototypes, more favorable. Simply because the development luckily did not stop for us. A large number of companies are forced to switch into an online environment, automate as many processes as they can. This means caring out huge amounts of work, including new boards as well. After all, we see this with ourselves too when we try to digitalize as much as we can and automate all our processes. Changes come more often than ever before and their dynamics is outstanding. And if you were just not ready you can quickly be an outside player who is just out of the game.”

So what is it that you do to stay in the game?

Zdeněk Cápal: “Actually, all the producers need to make changes constantly, all the time. We put a lot of pressure and emphasis on digitalization and automation. We need to keep the price of our product real. And the fact that our entry costs are ever increasing, the only way how to balance that is to improve our internal processes. The production as such is not inflatable. We are just not able to double our capacities, but we can be even more effective.”

Ondřej Horký: “We have placed our bet on speed in combination with quality which proved to be a very strong competitive advantage this year. If you intend to do and run things slowly and in an expensive manner in Europe, eastern producers are going to beat you with their price and flexibility. Even this year has proved deadly and fatal to a lot of well established production corporations because they just proved to be uncompetitive. With us it was just the opposite case, it helped us grow further.”

František Vlk: “This year has also been important in terms of our perception of things. A lot of the companies have started to prefer European firms. They started to realize that the logistics is in a lot of the cases unnecessarily insane. And simultaneously they also started to realize that it can mean a huge number of advantages and benefits to have a local producer. Not only you could mean a faster delivery of the board but also a comfort of having a lot simpler and easier communication.”

How influential for the whole year was the acquisition of Kubatronik?

František Vlk: “The fact that there were severe restrictions on traveling, some of the processes or the exchange of know-how were a little slower than we would have wished for. But strategically he was a great choice. We have found a partner who has extensive experience with the most advanced types of boards. We have an entity to lean against whenever we need to put more sophisticated solutions in to practice.”

Ondřej Horký: “We have the opportunity to talk to people who are used to be working on the most demanding and challenging requirements. Thanks to Kubatronik we are now able to produce just about anything. This is concerning also the extension of the portfolio of materials from which we are capable of producing and hence are able to offer more solutions to our customers.”

What are now your goals for the near future?

Zdeněk Cápal: “To grow. To step forward. To increase the ratio of sophisticated boards in the production. To implement the enhanced version of MES System into practice that we have been developing together with Gatema IT. To improve and increase the comfort for our customers that order printed circuit boards with us. And also to keep the reputation of a top and ultra speed producer.”

František Vlk: “And to stay sane while maintaining all this. To think about internal stability. To recognize that every new idea, project or a product needs and takes time. This year we have really put a lot on our plates. We need them to rest a bit. Nevertheless it is our people and our human resources where we see and read the best news of this year. Quite frankly at the beginning of the epidemic I was pretty worried about how this was all going to work out. Whether the production Will be able to perform well in worsened conditions. Whether we were not going to have major outages and losses. Fortunately it has shown that we can really depend on top quality people. Without requesting anything specific, they have accepted those changes and worsened working conditions themselves. And hence they enabled us to move forward again. Which is a great sign that we do not have those “clumsy legs” anymore.” 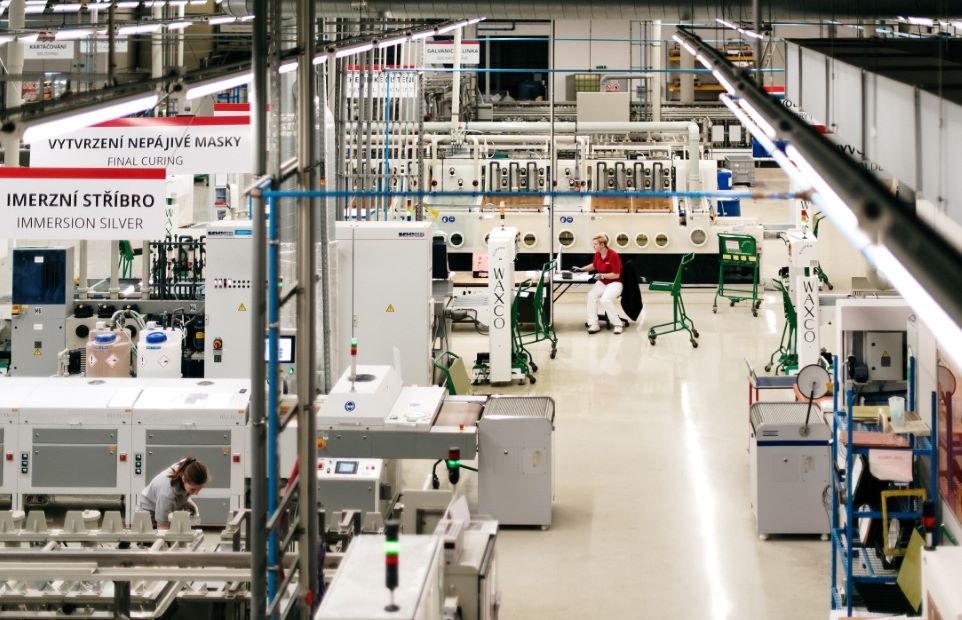