In recent months, the final finish, using one of the most popular precious metals, has gained traction. Why now?

Immersion silver in the sphere of printed circuit boards has not until recently been discussed much. But in the last couple of months final surface modification with the use of one of the most popular precious metals has been gaining in popularity. Why is this happening just now? The arrival of high frequency materials and a 5G network is the reason for it all. A new telecommunications standard that will enable up to a 10 times increase of the transmitting speed and the same time lowering the response time in comparison with the currently most extensively used 4G standard.

The new form of a network that is currently being tested in selected cities will offer a dramatic increase in the transmitting speed which might for example mean usage of virtual and augmented reality or a development of completely new mobile applications in phones used by common users. And even bigger end more dramatic boom of the Internet of Things and artificial intelligence is expected from the 5G network across various industries. The automotive industry, for instance, relies a great deal on the new 5G network wanting the latest telecommunication standard to use for production of self driven autonomous cars.

It is just the layer of the immersion silver sprayed on the printed circuit board that is to allow for everything to “really flow” on the board. Silver is generally well-known as the most conductive metal available hence is going to be used more and more often with demands on the area of 5G boards.

„Silver is a better conductor than gold or copper. It's advantage is also quite easily soldered surface modification because the thickness of silver can be only 0.1 µm. A smaller thickness then simultaneously allows for even better flatness of the board - hence it is suitable for higher construction classes with thinner links and gaps,” explained by Michal Horni, a R&D manager of Gatema PCB company that was the first one to offer the new surface modification to its customers in the Czech Republic last year.

The biggest utilization the new surface modification offers is where it is necessary to transfer high frequency signals. As opposed to technologies ENIG or ENEPIG it does not contain a layer of nickel whose qualities lead to total decrease of the power of higher frequency data transmission. 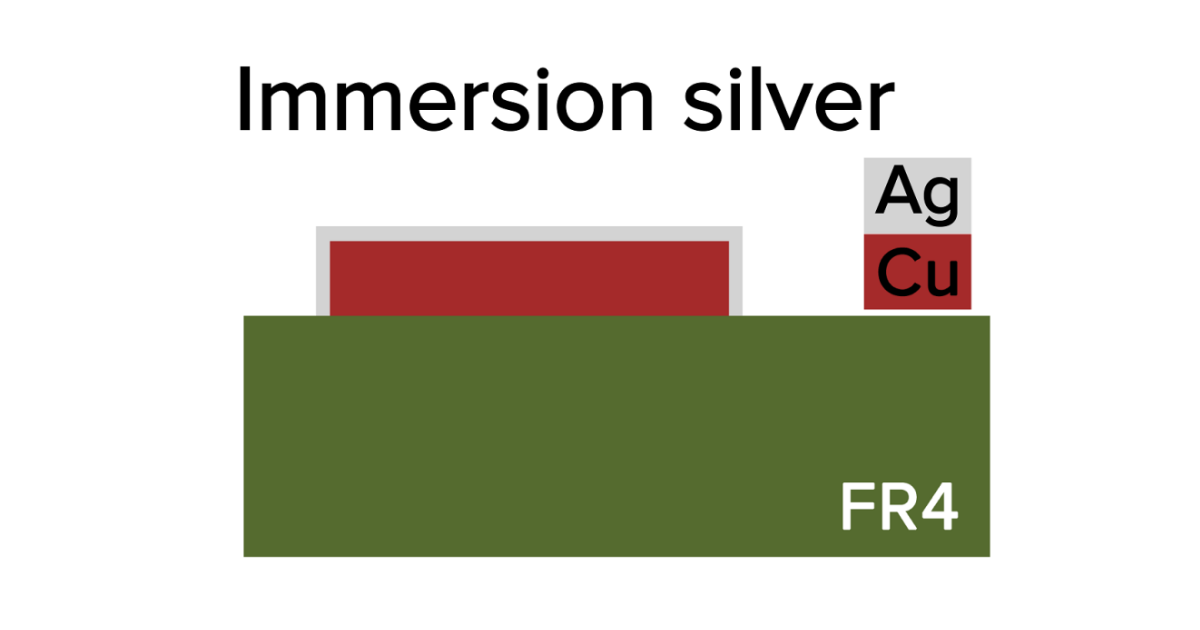 Surface modification IAg, however, has, due to its characteristics, even some restrictions. Generally compared to ENiG Technology it has a shorter time of storage, ideally six months at the most according to captured conditions for storage (ideal storage conditions are submitted by the norm IPC-4553). Moreover it is sensitive to contamination by sulphid, chloride and to generally acid environment. „Silver is a metal that is exceptionally sensitive to polluting substances, therefore we constantly have to watch and monitor and make sure the goods are packed as soon as possible and there is no damage to the board caused. During packaging and further procedure with the board on the customer site it is necessary to work in gloves (fingerprints being a common problem here). Even just pure laying around of the product in the production hall environment for a couple of days might cause rusting of the surface,” as closed by Michal Horni.

How to choose from the widest portfolio of surface finishing?

How to correctly choose the surface finishing of printed circuit boards? Whilst previously it was just enough to protect the board against corrosion and the base for all adjustments was plain copper, customers nowadays are able to select from a wide selection of various options. There are ever increasing demands on a higher frequency, extended lifespan and generally better resistance of materials. New technologies also enable boards designers a higher thickness of joints and smaller distances between individual components. In Gatema, at this time only, six different options of surface finishing are being offered. Unleaded and leaded HAL, immersion silver, immersion gold, chemical tin or galvanic nickel and gold.
Read more