What is HDI PCB?

Beyond the technological marvels of the 21st century, HDI DPS is certainly one of the biggest contributing factors to our increasingly digital world. The HDI printed circuit board is used in everything from smart devices to spacecraft.

HDI boards are primarily used for miniaturization, for very high density interconnects in separated function blocks and also when you need to interconnect multiple layers differently.

HDI boards can be flexible or as a rigid-flex combination.

The primary use of HDI PCBs stems from the push for miniaturization. Electronic devices were initially limited by the size of PCBs, which had to be adapted to existing components. This is most clearly seen in the first mobile phones, suitcase-sized devices, or at best the size and weight of a brick with significantly limited functionality compared to current smartphones.

With the development of SMT technology, the gradual shrinking of component housings, and the requirement to make more intensive use of board surface area for component embedding, HDI PCBs have been able to make much more use of limited surface area.

HDI PCBs offer advantages such as: 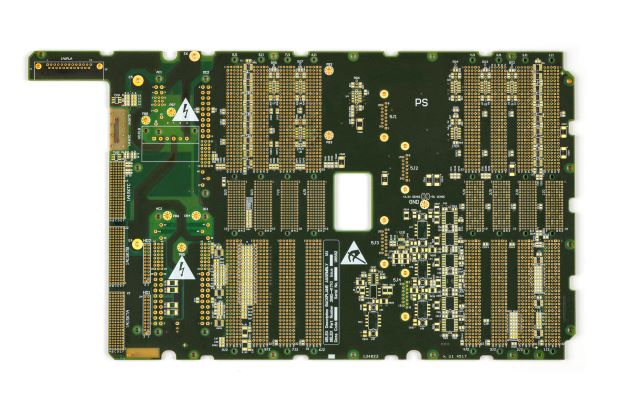 Special manufacturing techniques are required to produce HDI PCBs. It is essential to find a manufacturer that meets HDI manufacturing standards and also has the ability to produce the PCB as quickly as possible.

Efficient manufacturing should include:

A significant increase in the number of interconnection holes is achieved on the same board area by using holes that are not drilled through the entire board, but only between the necessary layers within the board. This creates "buried" via holes which are then laminated into the board. In this way, the necessary via hole can be placed e.g. also under the SMT solder pad or under another "burried" via hole.

Simply using "burried" via holes would not yet produce the desired result unless combined with a reduction in the dimensions of all interconnection holes. The "microvia" interconnecting holes used are 200 microns or less in diameter.

In order to use "burried" via holes, a method of sequential lamination, known as SBU (Sequential Build-Up), must be used in the manufacture of the board.

The combination of conventional, "blind" and "burried" via holes of "microvia" dimensions using sequential lamination is the basis of HDI technology in PCB manufacturing.

HDI PCBs use the latest technology available to enhance functionality. This advancement in PCB technology supports advanced functionality in revolutionary new products including 5G communications, networking equipment, the Internet of Things, medical wearables for patient monitoring, and equipment for the military.

In short, HDI PCBs perform better, are ultimately more efficient. With a smaller footprint, these PCBs enable a wider range of applications, from aerospace to consumer products and wearable electronics.