Mr. Frantisek Vlk, a majority shareholder of Gatema company, has been dealing with the printed circuit boards production for more than a quarter of a century. And meanwhile back in 1995 when he had to ask himself whether he had made the right decision - and that was in the moment when his 30 employees did not have enough orders to work on. Fast forward to today, the company has modern production capacities in the town of Boskovice from which customers from all of Europe are being successfully served. Currently Gatema is considered to be the unbeatable leader in terms of speed of standard prototype boards production. However, as proved by its latest acquisition of a German producer company Kubatronik, Gatema's ambition here is nowhere near its finish line. In the near future, apart from its extremely fast and from the large part automated production of standardised boards, the company would also like to address even more demanding customers from the most complex and advanced business fields. After all, it is the complexity and flexibility where Mr. Frantisek Vlk foresees the biggest potential towards the future of the company.

Mr. Vlk, you are not only known as the majority shareholder of Gatema company, but also as a huge fan of the field of development and production of printed circuit boards. In your opinion, what are currently the most significant trends in this area?

I believe electronics in general aims towards complexity that is at the same time linked with miniaturisation. This has been with no doubt an indisputable trend of the past couple of years. When you remember what first mobile phones from the nineties used to look like and that it was more like a big heavy “brick” with a charger. Of course, you could carry it around, but it would make you sweat quite a deal along the way. And when you compare the features and what it could perform back then and what mobile phones are capable of doing today, when we carry with us small, sleek and light gadgets stuffed with cutting edge technologies, cameras, applications and high - speed internet connection. And what’s more, bendable technologies are coming on the market now.

What does that mean for the production of printed circuit boards as such?

I am deeply convinced that the biggest demand in the future is going to be for the previously mentioned complex and complicated boards whether these will be of a rigid-flex type or standardised multi-layer boards, high frequency boards or boards with guided impedance. It is important for us as a producer to place our focus towards this direction as the financial effect, that is connected with speed and complexity, might be very attractive.

So, is this going to be the direction Gatema is headed?

Yes. And we would like to enrich such prototype production of complex boards with a small series production. We assume that really top-class customers will attract such suppliers who will be apart from fast prototypes also able to offer quality and reasonably-priced small batches. Which might be a bit like two worlds in one - technologically, organisationally, logistically hard to manage. Big corporations handle this with two factories, we would like to fit two parallel ways under one roof. We definitely do not plan to give up on what we currently excel at and sought after - speed prototype production. But besides this we would internally like to build a new route, starting with sales experts, through to customer order delivery, technological documentation handling and all the way to the production process as such. In terms of qualified staff, we are on the top, we have an experienced team with a very good know-how as well as high potential towards the future. Of course, it will be a bit schizophrenic approach, when for instance in the last couple of years we have done our best to maximise the automation of order delivery and handling processes. If we decide today to produce complex and sophisticated boards, it will most of all be about intensive communication with the customer as the producer becomes a consultant and most of the time also a co-author of the order specifications. Such projects require a completely different approach of several members of staff. Also, the objective is completely different here. The point is not to have the board within 24 hours, but to produce a board with reliability of 110%.

Is a recent acquisition of Kubatronik connected with these ambitions? Kubatronik being known for primarily focused upon multi-layer and sophisticated layers for the most advanced field such as aviation or telecommunications.

Correct, well, even some coincidence played its part here. The original purpose of the acquisition was to have a sales representation office in Germany, to sell our own products locally for our prices, not through a third party - with all due respect to all the companies making their living doing deals as a middle-agent. When the opportunity to acquire Kubatronik arose, it was not only a representation office, but it was also about a know-how. It has been a hugely positive step for our future portfolio and we can learn a great deal from one another.

How and when are you going to include sophisticated boards into your portfolio?

We must rush nothing. We have to prepare our internal capacities and processes for this. Only then we can let customers know we will start behaving towards a certain type of customers in a different manner than it has been until now. It will be more about discussion, about detailing specifications, about feedback between the customer and the supplier. Every small detail might have a significant influence, the customers are used to discussing these details with the producer, ask for their opinion. It is going to take a while for us to mutually fit one another, but there is no other way, in my opinion.

If we look at the IT field in general, a profound change of paradigm has been expected for quite some time. We look out for quantum computers, exascale supercomputers, memory-driven computing. In order to reach that goal, the core base of traditional components needs to change in most cases and from time to time also sometimes old physical laws need to be replaced with the new ones. Photonics, for instance, today replaces classic zero and one. Is there anything similar expected to happen also in the field of printed circuit boards?

Also, here the ways of production are being developed and changed. Same like in many other types of businesses, we also monitor the situation in the area of 3D printing. So far it has been purely prototype thing, but the question is where this is going to end up. On the other side, we do not need to fear this as I believe Gatema can buy a 3D printer and just begin printing boards parallel to current classical production. I have no reservations whatsoever in this direction. Then it is about the fact whether the printed circuit can be replaced with anything else. It might as well be, in the future, with certain parts where all functional units will be in one part and the connection with the printed circuit will then become obsolete or the the printed circuit will become a part of this item. Sometime in the far future we already head towards bionic networks or matters of similar nature, but I somehow believe this run is a very long-distance one. I do not have hesitations that a substitute could come into existence in the near future. The one that could replace the printed circuit bringing Gatema or other producers out of business. 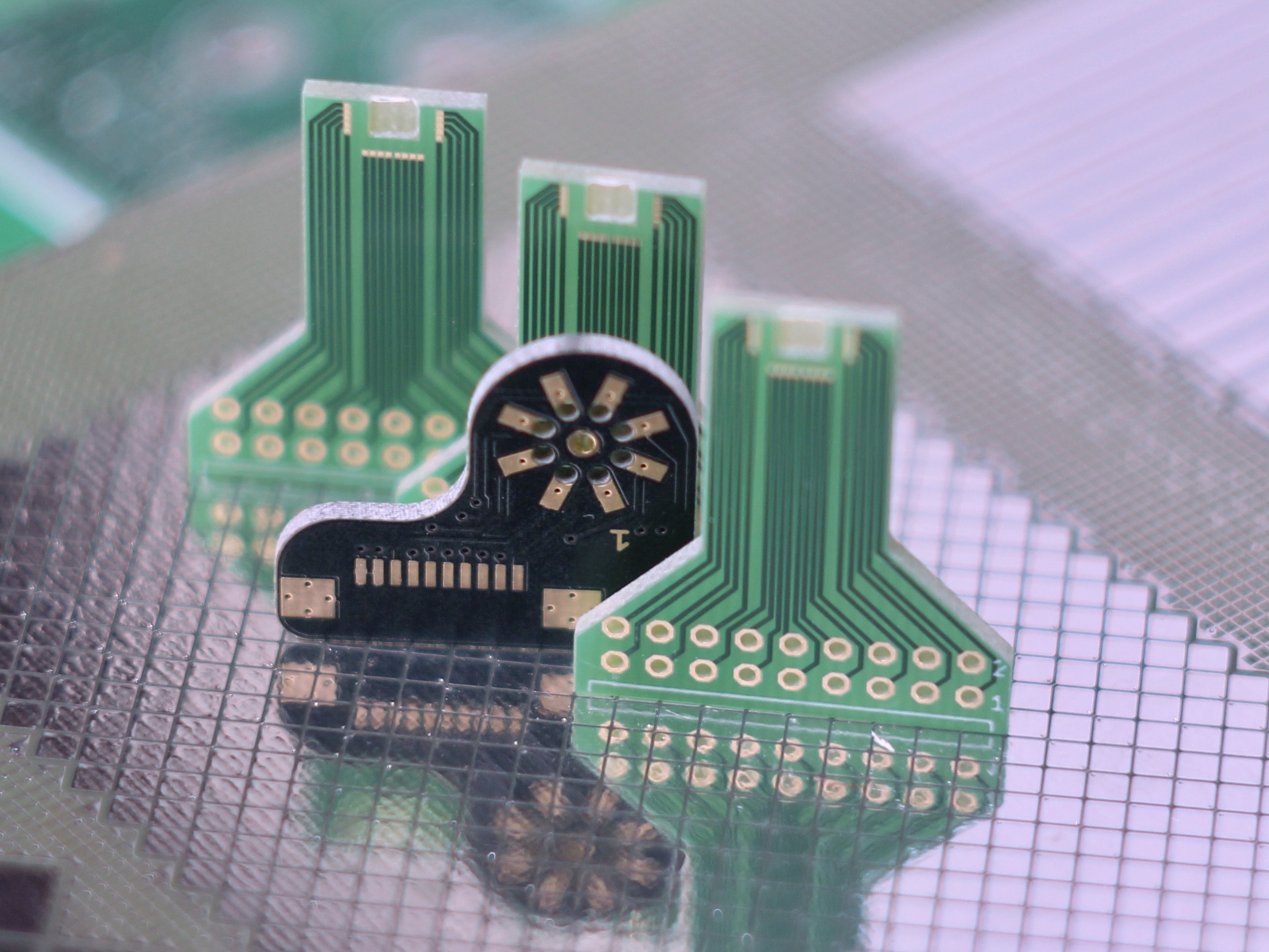 Acquisition of Kubatronik? A giant leap for us

It it's still one of the most remarkable pieces of news of this year in the field of printed circuit boards production. The Boskovice-based company Gatema announced the acquisition of a German-based company Kubatronik. It is still not quite usual a Czech company buys a German one. Let alone quite a significant one. Kubatronik is not any small fish but a traditional European player with its history reaching back to 1980. Moreover, the company has been focusing in the last couple years on the production of complex boards (especially flex or rigid flex) for high tech industries such as aviation, military for medicine. We have discussed the gradual takeover, integration and merging with the director of Gatema PCB a.s. company Mr. Zdeněk Cápal.
Read more