Interesting facts from the world of printed circuit boards

The global printed circuit board market size was valued at USD 78 billion in 2021 and is expected to reach USD 128 billion by 2030.

Moreover, the growing global population especially in developing economies has led to the proliferation of requirements for printed circuit boards in industries such as consumer electronics, automotive, IT and telecommunication, and others. In addition, aerospace and military including government institutions also use electronic devices for various purposes, which is likely to further fuel the demand for PCB market growth. The near future is projected to witness a growing demand for advanced electronic devices in the military and defense sector across the globe. Thus, huge opportunities will arise for the growth of the PCB market over the next few years. So much for the latest publication of Precedence Research's strategic research analysis.

Nowadays, PCBs are becoming more and more essential as drivers and car owners demand smarter and more automated car control, where a PCB for a car or truck needs to be extremely durable and reliable.

Smart devices and growing consumer demand for consumer electronics are the main drivers of industry expansion. Increasingly rising consumer spending and rapid expansion of loT devices will be the major growth drivers for the PCB market.

Hand in hand with this pace, there are warnings about what to do with e-waste and increasing demand for eco-friendly and environmentally degradable PCBs.

Electronica 2022: Great expectations in the industry

Will the upcoming Electronica 2022, whose motto: "Driving Sustainable Progress" permeates the entire meeting, set the stage? This is to be expected, as Reinhard Pfeiffer, CEO of Messe München, predicts that "Electronica is the most important international meeting for the electronics industry because it offers a 360° view of current and future developments, innovations and industry topics. Experts from leading semiconductor companies will discuss the industry's contribution to climate protection. Other topics of global importance running through the fair include electric mobility, cyber security, embedded systems, industrial IoT, sustainability, smart energy, connectivity, AI, sensors and measurement technologies."

The Isola Group mentions that it is coming to Munich for Electronica 2022 with a new range of base materials for PCB manufacturing that are expected to meet or exceed the needs of a wide range of markets. PCB materials for electronic devices, automotive safety systems to fifth generation (5G) base stations and satellite communication systems.  That is, high-performance materials that have high glass transition temperatures, both Tg and Td, with very low loss factors of 0.0017.

As the leading manufacturer of prototype PCBs in Europe, Gatema PCB, together with its High-Tech Flex and Rigidflex manufacturing partner, PCB, under one holding, Kubatronik Leiterplatten, will also be participating in Electronica 2022 on 15-18 November 2022. You can meet them in Hall A1, Stand 419. Come and see the High Density Interconnect PCBs and learn more about the companies' current trends and manufacturing capabilities.

Another Electronica 2022 participant Ventec introduced a few weeks ago a flexible material compliant with IPC-4101E, which is designed for the world's most important industries such as military, aerospace and other ultra-high reliability applications. It is particularly suited for harsh environments and all applications with high-speed BPS data transmission, high-speed flexible-bond connectors, high-frequency applications, satellite communications, navigation systems and GPS. Here too, the continuity with market needs is evident.

Whether the Munich trade fair will bring more news and innovations to help the modern age will be known after mid-November.  However, it is true that printed circuit boards are the driving force behind modern electronics, and the increasing demand and design complexity in ever-expanding applications is creating new challenges for PCB manufacturers in particular.

And a team of researchers from the Department of Energy's Lawrence Berkeley National Laboratory (Berkeley Lab) and UC Berkeley published in a peer-reviewed journal in Advanced Materials that they have developed a fully recyclable and biodegradable PCB.

They have listened to a United Nations organization that published that less than a quarter of all electronic waste is recycled in the US. In 2021, global e-waste grew by 57.4 million tons and only 17.4% of that was recycled. Most electronics on the market today are designed for portability, not recyclability. Tablets and e-readers, for example, are assembled by gluing circuits, chips and hard drives to thin layers of plastic that must be melted down to extract precious metals such as copper and gold. Burning plastic releases toxic gases into the atmosphere, and electronics languishing in landfills often contain harmful materials such as mercury, lead and beryllium.

The team of researchers took on the challenge of figuring out not how to environmentally degrade current e-waste, but how to change its production and replace hard-to-degrade plastics with a cocktail of harmful elements with a material that would degrade easily and quickly release heavy elements for reuse. 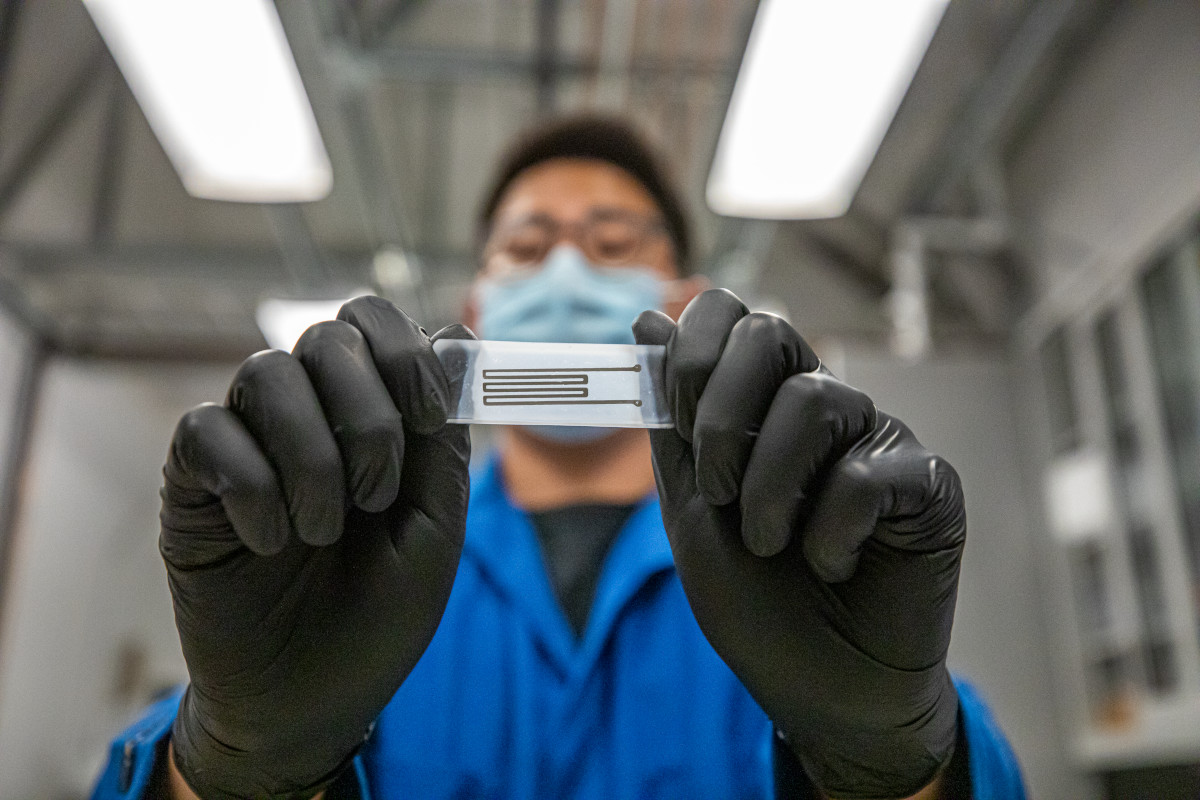 The whole research was helped by another study, namely the discovery that the enzyme BC-lipase can break down biodegradable polymeric substances, i.e. plastics.  The research then became how to make BC-lipase activate the degradation in a targeted way. And it was helped by hot water, which ensured that BC-lipase would break down the polymers into monomers and release the heavy metals for further use.

Simply put, they tried to make a functional circuit board from a biodegradable polymer with BC-lipase added, and after a month of operation, instead of expensive degradation, they immersed it in water for 72 hours. The polymers degraded - the silver particles completely separated from the polymer binders and broke down into reusable monomers. At the end of this experiment, it was found that approximately 94% of the silver particles could be recycled and reused with similar performance.