Business lives on even in the covid, but it's better over coffee

Dennis Hausner lives in Baden-Württemberg, near the French and Swiss borders. Yet he is now in his second year working for a Czech company. Specifically, since January 2020, when the well-known German PCB manufacturer Kubatronik was bought by the Czech company Gatema. We took advantage of his visit to Boskovice to find out how the whole process of mutual cooperation takes place in the difficult times of coronavirus and raw material crisis; and how difficult it is to succeed in the PCB industry on the European market today.

What did you think when Kubatronik - a company with more than 40 years of history and a focus on sophisticated boards and the most demanding industries - became part of the Czech Gatema?

Believe me, I'm really happy about the acquisition. Maybe because I have a piece of personal memory attached to it right from the beginning. Three and a half years ago I got a call from an unknown number. I honestly don't like that very much, because I often get bombarded by people from all sorts of business companies trying to offer me something or push something on me. But this time I got a call from an unknown man from Munich saying that he would like to offer us the opportunity to sell Kubatronik - that is, our company. That in itself struck me as remarkable in a way. When I went to our CEO with this information, I saw a great deal of distrust. But he said, "Okay, let's hear them out and see." And you see, today we're sitting here in Boskovice talking.

What was the final decision for the offer from Gatema?

I had a feeling from the beginning that it was the right thing to do. That there was a chemistry and the right chemistry. And obviously the others thought so too. The actions of the Gatema people convinced us.

Usually when people offer something, they tend to show off, show crazy visions and paint air castles. But here I felt a sense of normality, modesty and maximum openness. Then, as the acquisition itself approached, I was looking forward to meeting again and starting to reconcile everything. At the same time, I felt that Gatema was a good match for Kubatronik as well, because we are a bit stronger together and complement each other appropriately. The great thing is that the good feeling of working together hasn't worn off. I still have it today, as we are now in our second year as a team.

What is the most inspiring thing about your collaboration?

I see the whole business through people. I always tell clients that we don't sell products, we sell us. We either like each other and push each other, or we'd rather not. Numbers are important, but not more important than relationships. That's why I find inspiration mainly in the fact that we felt a lot of things similar right from the start. The representatives of Gatema and Kubatronik have the same point of view in many respects, they are equally set up.

How does the whole acquisition work in terms of connecting the product portfolio?

When the first contact was made three and a half years ago, our worlds were quite distant. We specialized in really sophisticated boards for customers in demanding industries like aerospace, medical and military. Gatema, on the other hand, made standard prototype boards for everyone. Today, this division is not so much true, because Gatema is moving up the technological ladder rapidly thanks to constant investment in production. In any case, together we can fulfil virtually any customer's request, which is great because there is no reason to go to the competition for other boards. It is up to us whether we produce the boards in the Czech Republic, in Germany or together, which is often the case. 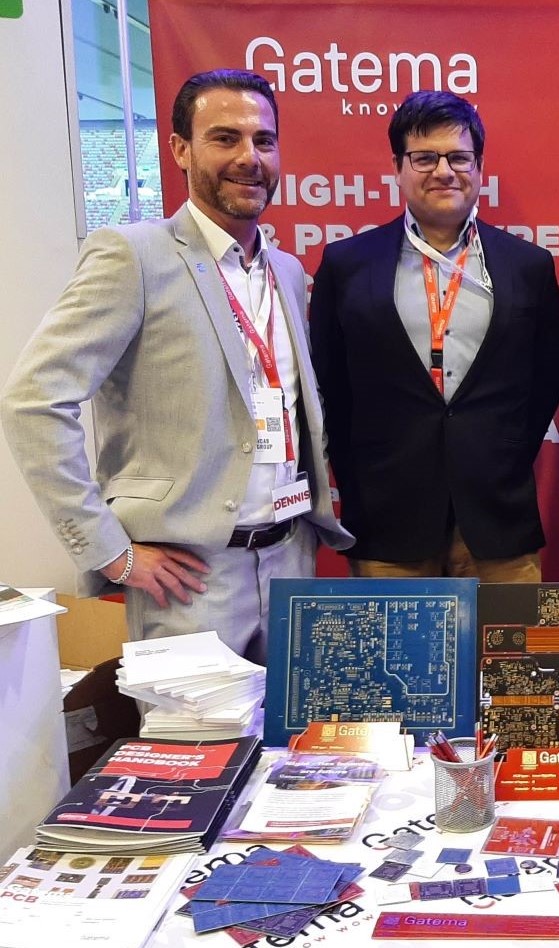 The acquisition agreement was finally finalized at the end of last January. Less than two months later, the first lockdown came. How much did the process of bringing Gatema and Kubatronik into alignment with each other affect your entire industry?

One thing is that there are technologies that allow you to operate. We have cell phones, email, online conferencing, a number of useful apps. This period has probably been a little easier for Gatema itself than it has been for us. It has a lot of fine-tuned online processes for prototype boards. You enter the board through the configurator and production is somewhat automatic. Here at Kubatronik we often make very sophisticated boards and you have to solve those together with the customers. And one meeting is often better than an hour-long call. I like live business. Relationships, handshakes, body language, coffee, beer, casual conversation. Business is done very differently when you can see the customers, know their families, go to the bar. After all, that's what we grew up on.

Can you tell us a little bit about the history of Kubatronik? Although, looking at you, you probably haven't experienced it personally?

Well, you're right. When Kubatronik started in the late seventies, I wasn't born yet. And when I first came to Kubatronik, I thought it was a Cuban company (laughs). No, seriously now. I like to tell the story of our company. It all started because Mr. Kubat used to work at WMF, which is one of the leading brands in luxury home electronics. And he started developing the circuit board business for them. Because he had good contacts at Siemens, he offered the possibility of cooperation. And these two companies became Kubatronik's main customers. But by being a strong innovator, Mr Kubat was able to develop a number of technological processes that made us an extraordinary name in the German market. At the same time, he is extremely cordial, which helped us build strong ties with our customers. This is still part of our DNA today. We don't hang our hat on anyone's nose, we don't crave quick profits. We want to convince our partners that we are the ones. That's why we have clients we've been working for decades.

The whole world is dealing with a commodities crisis today. Where do you stand?

On the one hand, we've got maybe double the orders we had last year. Anyway, the numbers are all up. The raw material situation is not exactly easy, but we are managing it quite well precisely because we are part of Gatema. For one thing, we have an extraordinary financial background that allows us to stock more than many others. And then, when we run out of material in Czechia, we often have it in Germany and can supply it. And vice versa. We can also share contacts with different suppliers.

What are the delivery times today?

Delivery times are often half a year - and you still don't have a hundred percent certainty that everything will be there in the end. But we can't tell customers we'll make their board in six months, we have to find ways to make it happen sooner. We're spending more time than ever with buyers, but it's paying off. Every year, dozens of PCB manufacturers go out of business in the European market. But we, perhaps because of the connection with Gatema, are actually having a pretty good time.

Care to know more on the subject?
Connect with our specialists
Share
More posts in category